The Power of Focus 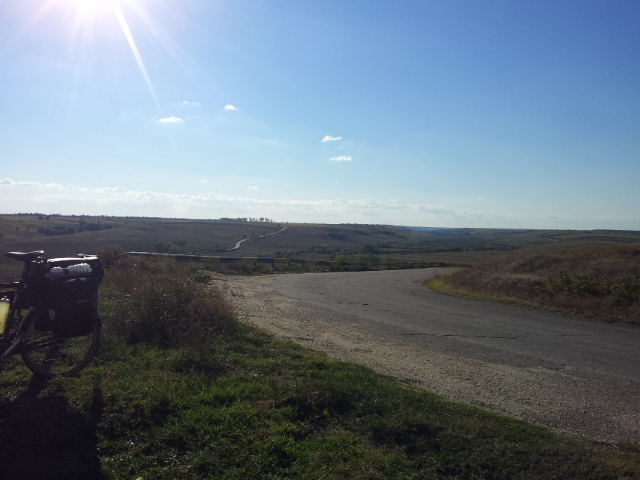 You’re going about your day, perhaps at work, sat in a public place, or on a train and just get the feeling that someone is watching you.  You’re not sure why and when you look up, sure enough, you lock eyes briefly with the observer, as they look away.  This is sensory acuity in action, your ability to sense the presence of others, through awareness of the subtle vibrations we all give off.

It’s getting dark, the sound of wild dogs barking has been dominating the soundtrack of the less aggressive creatures expressing themselves with songs from the trees.  Crickets form the percussion buzzing up from the roadside, the darkness reduces the visual stimulus and the sense of hearing becomes heightened, every sound magnified.

The mountains of Serbia between Belgrade and Kučevo are a daunting place to be, “alone” at night.  The dogs appear to be more populous than people, becoming more aggressive and confident in the cover of darkness, or perhaps its nervous tension being released to protect their slice of the mountain range.  Either way, finding a safe place to put up a tent seems like an impossible task, surely to be met with confrontation from something that goes bump in the night.

Quietly as I can, the bags of belongings are removed from the bike and the tent is quickly assembled, every move creating a noise that echoes out, sending signals to the creatures inhabiting the surrounding area.  My sensory acuity screaming at me to just get in the damn tent, fast, and hide from the many eyes burning holes in my confidence to stay.  It’s freezing cold, but even if it was warm, I could not bring myself to strip naked for a one litre shower under these circumstances, emitting soapy smells would attract further unwanted attention.

In the morning, I don’t think I have ever felt quite so relieved to hear the sound of my alarm, signalling to my conciousness that morning has arrived, and all is well.

From Kučevo to Negotin I have some interesting interactions with the locals, who are considerably more friendly and open than those inhabiting the west side of Serbia.  The cost of food and accommodation is low and I decide to stay in a hotel in Negotin, to assess my progress and determine a route to Istanbul.  I have long been intrigued by the prospect of visiting Romania and being this close, causes me to reassess my options.  I have a finite amount of time to get to Istanbul and a detour through Romania adds extra miles, however, my body is stronger than ever and longer daily distances are more comfortably achieved.  Romania is also very flat compared to Bulgaria, lending itself to be crossed in bigger daily chunks. 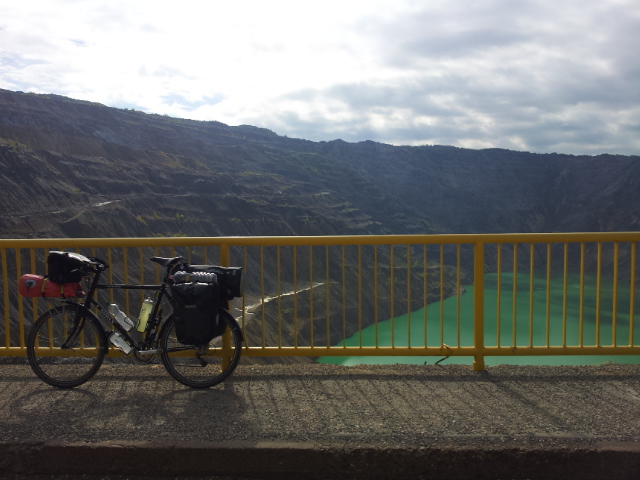 The Power of Focus

Testing mental and physical limits has always been the driving force underlying the creation of this challenge, and cycling is proving to be the gel, inexplicably linking the two.  Through cycling, the years of study into the world of personal development and human potential, is turning theoretical lessons learnt, into practically experienced, undeniable truths.

Upon leaving the hotel in Negotin I had an argument over the bill, which had expanded overnight to fill the coffers of the unscrupulous hotelier.  I held my ground then cycled on toward the Romanian border crossing 10 miles north, across the Danube.

The Serbians were happy to let me go, however, the Romanians were keen to keep me, and started the most interest I have attracted passing through any country so far.  The border police warned me to watch out for Gypsies, as they will want to steal my things, nothing unusual about that, I thought.  I struggled to easily identify ‘Gypsies’, but the warning caused me to feel more cautious and the attention I received from the locals as I cycled along, made me feel a little suspicious of their intent.  This combined with some pretty poor road surfaces kept me moving most of the day in order to reach my target destination, Craiova, 92 miles further on.

I reached Craiova before night fall and made my way to a bar with wi-fi, to find a place to stay.  Thankfully one of the chaps in the bar, Gabriel, spoke very good English after living in Evesham, near Leicester, unbelievably.  While I found somewhere to stay, he ordered a pizza for me and contacted the hostel I found, to make sure there was somewhere to keep my bike.  He then, very kindly with the transport of a friend, drove to the hostel with me following behind, which was a real bonus in the dark and intimidating streets that weaved around with little to identify one from the next. 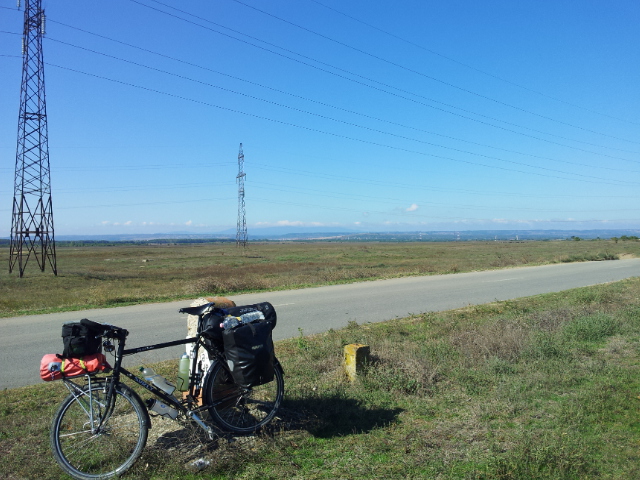 Once settled, I looked again at the map to find Bucharest and the Black Sea calling out for me to visit, and after some banter with my friends from home, I set my sights on a one day epic to Bucharest the following day.

It was when considering this 138 mile bum cruncher that I started to become conscious of how my mind was eliminating anything superfluous to the task in hand.  Early night, early start, use all the hours of light, book somewhere to stay, announce my intention to my friends, conserve energy by cycling as efficiently as possible, eat a massive breakfast and stop only once to refuel after passing the halfway point, focus only on what you can effect…

I really didn’t know if I would make it, 138 miles of Romanian roads present a lot of unknowns, what I did know was that only by focusing on what I could effect, the act of cycling efficiently, would my chances of success be at there greatest.

Late getting to bed and late getting up, mainly because I had failed to notice that the local time was now two hours (not one) ahead of UK time, I still don’t know when the change happened, its irrelevant now, the time is what it is.

I filled my face for half an hour in the first bakery found and then, bloated, headed out of Craiova on the wrong road, the E70 toward Piteşti.  The map was the least detailed used to date, as were the Romanian road signs.  Not a good combination, and unable to locate the roads that could take me back to the direct route, cycled on indirectly, until Găniaşa, where road 64 took me to Caracal and finally back on track.

Each time my mind wandered back uselessly over the mistakes that had consumed precious time, energy and daylight, a conscious nudge to focus on what I could effect; my body, cycling efficiently and avoiding pressure sores, kept the challenge alive.

Watching your mind and the content of your thoughts reveals so much about what you routinely focus on and helps shine a spotlight on the route causes of what you experience from day to day.   To change what you experience, notice what you’re focusing on, and change it.

I reached a restaurant east of Roşiori De Vede, after 83 miles and five and a half hours in the saddle without stopping, it was time to eat.  It was important, Psychologically, to stop after travelling beyond the half way point, leaving a shorter distance to complete after lunch.  Due to my indirect route in the morning, I still had 75 miles to reach my final destination, taking the total distance to 158 miles.

The wind was with me and for decent periods 25 mph was sustainable along the flats.  The focus on cycling efficiently and anticipating pressure sores in my hands and ass left me feeling remarkably fresh, only the day before 92 miles had left me feeling beaten.

Passing the previous one day distance record at 110 miles gave a timely boost and I sensed I would make it all the way to Bucharest.

These thoughts become self fulfilling.

Romanian driving practices are questionable at times and frequently just down right dangerous.  I later found out from a German cyclist living in Bucharest, who kindly helped me transit the last half a mile to my hostel, that there is running protests of up to 8000 cyclists each weekend and smaller gatherings during the week days, for better protection of cyclists on the roads.

I can well understand why; on two occasions I was nearly hit by oncoming vehicles overtaking on my side of the road, with no regard to my existence whatsoever.  On one occasion a lorry over taking another lorry, passed so closely and created such a strong blast of wind that I was lifted clean of the ground, landing six inches to the right of the tarmac, on the gravel.

Considering I was already on the right hand side of the white line marking the edge of the road, cycling at over 20 mph on the slender strip of overlapping tarmac before the gravel, there was nowhere for me to go – just shocking disregard for a fellow road user.

Reaching the outskirts of Bucharest, out of daylight, the setting sun created a wonderful scene.  However, my focus on the task at hand prevented me from taking photos all day, without exception.

Stopping to put my lights on and to buy a map of the city, I pushed on roughly in the direction of the hostel, relying on my memory of the Google map viewed the previous night.  When I stopped to look at the address of the hostel and locate it on the map, I happened to be directly in front of an open front bakery, so with the finish line in sight, indulged in a slice of pizza.

The roads in Bucharest are chaotic; it’s difficult to tell who has the right of way at junctions, and each one is unique, there is very little order or continuity.  Its distractingly entertaining, the tram lines help focus a once bitten cyclists mind, as does the traffic rushing around every which way you look.  At times, finding the right lane from a choice of seven was bemusing, and working my way across them purely and act of faith.

Despite this, I somehow managed to navigate my way by memory to within half a mile of the hostel I had booked and while making this discovery in front of the bakery, Mihal, a very friendly German cyclist travelling home, offered to show me the way.

Just over ten hours in the saddle, a full eleven hours after leaving Craiova, 158 miles on the clock at an average speed of 15.6 mph, I arrived at the aptly named Midlands Youth Hostel.

It struck me that although hungry and a little shell shocked from the volume of time spent on the road, I felt fresher than when finishing the day before.  The main difference was holding tight control over my thoughts, to stay focused on only what I could effect.  Telling friends of my intention and investing financially in the hostel also helped keep me on track, but more than anything, focusing on the desired outcome made it so.

← Overcoming Overwhelm by Cycling Along in Croatia, Bosnia and Serbia Managing Expectations From Bucharest To Istanbul →